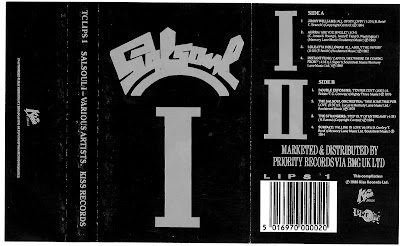 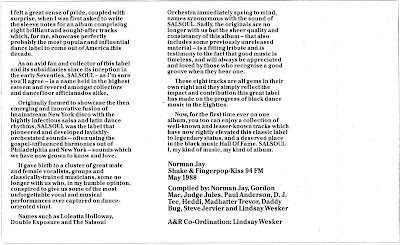 The Salsoul sound is well known and has been endlessly sampled, including most recently in the big hit You're Nasty by Duck Sauce (Arman van Helden and A-trak) which, like many big house tunes, is mostly great because of the original disco hook.  I was surprised when listening to this tape that it has a number of really good Salsoul tracks that are actually quite rare.  The Double Exposure and Surface tracks are lovely and fairly well known.  Anyway, ain't no groove like a D-Train groove if you know what I mean.  This is like apple juice in the morning when you're hung over . . . .  sweeeeeeet.

Side A:
1. Jimmy Williams - All Of My Lovin
2. Arru - Are You Single
3. Loleatta Holloway - All About The Papers
4. Instant Funk - Can You See Where Im Coming From
Side B:
1. Double Exposure: Ten Per Cent
2. The Salsoul Orchestra - Take Some Time For Love
3. The Strangers - Step Out Of My Dreams
4. Surface - Falling In Love
Posted by dalston shopper at 6:00 pm 1 comment: 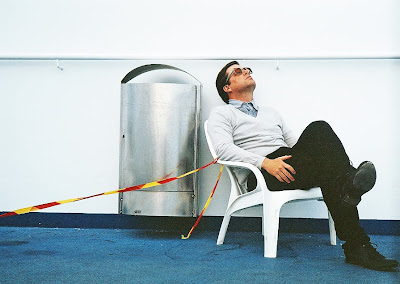 People often ask me what I really like to listen to at home. Truth of the matter is that I really love pop and dance and weird stuff, which is exactly what I dj.  That's kind of what I'm known for.  Recently I got asked by How The Other Half Lives blog to do a collection of tunes I've liked for a long time that maybe I don't get to dj that I might listen to when I'm working at home or driving on a trip.  Many of these tracks wouldn't really fit into a dj set of mine but in each case they have some kind of quality which allows them to hook me in and just go on and on and on - great for background listening.

This is a mix of sort of pop techno, trance-ish world music, great african soukous and classic instrumental disco.

Listen and download on How The Other Half Lives blog.
Posted by dalston shopper at 12:06 pm No comments: 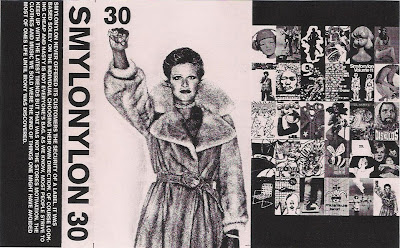 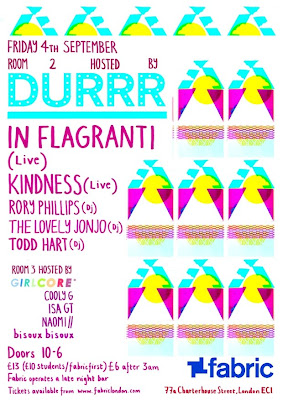 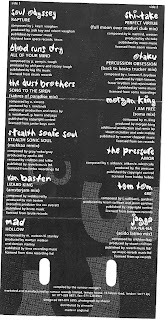 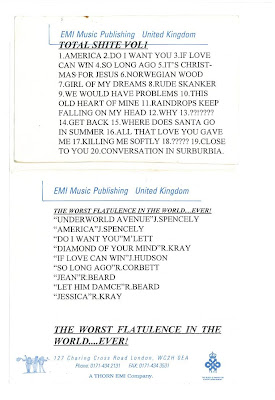 Although generally it must be agreed that I post perhaps the most critically acclaimed music you could find, from seminal rare techno to forgotten essential congolese soukous, now and then I feel it is necessary to expose oddities which may not be quite critically acclaimed.   Whoever made this tape must have worked for EMI - looks like maybe a compilation of stuff that either they had received as submissions or else just some random stuff they found.  Either way, it's pretty special stuff.  Tracks like Jessica are actually a decent quality recording.  But most of these are in a league of personal expression of their own.  Which makes you wonder if the Internet and everyone being able to easily make their own music is actually a good or bad thing. 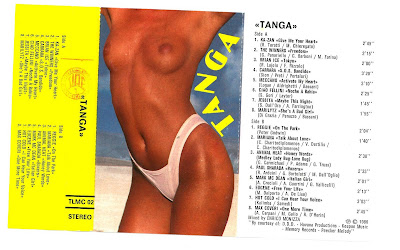 I found this a few other tapes in a street cart in Modica, Sicily, one of those kind of carts that normally sell burgers at car boot sales.  It is special because it falls into the eurodance/italo category, but after the classic italo period and moving into 1986 when the Stock Aitken Waterman sound and Sabrina's Boys Boys Boys style were becoming de rigeur.  And it appears a bunch of the tracks are quite rare in that they only appeared on a single and this comp, including the tracks from Ka-Zan, The Winners, Marilytz and Animal Heat. Unfortunately, the original tape was not in great recording quality even though it was new when I bought it.

These are all direct links so you can click and listen immediately. 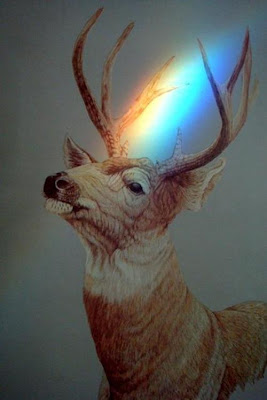 I just got an e-mail from this new Australian oufit Our Husband.  I don't like most of the stuff I get sent but somehow I liked this.  Maybe a bit twee but lovely.

Our Husband - Villages
Posted by dalston shopper at 9:32 pm 1 comment: