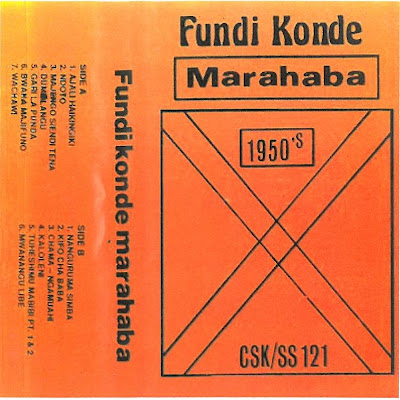 This is another of those tapes I bought in Tanzania in January 2009 which I have not gotten around to posting.  Fundi Konde was one of the oldest and best known of Kenyan musicians.  According to Wikipedia he entertained East African troops in World War II when they were working in Asia.  This recording must have been made a long time ago cause it sounds like it's almost from the 50s.  The quality of this recording is not amazing but it's lovely to hear the Swahili lyrics.

You can listen to more of the tapes I bought in Tanzania here.