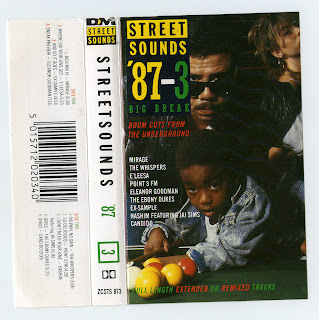 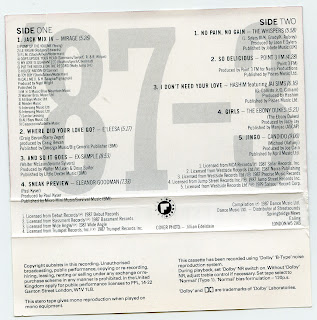 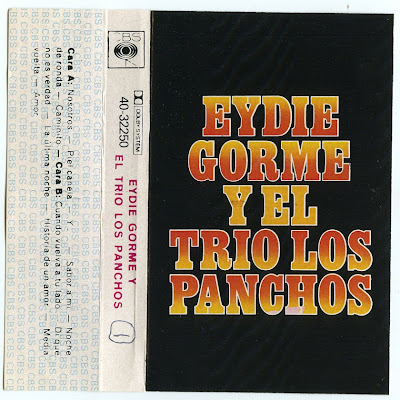 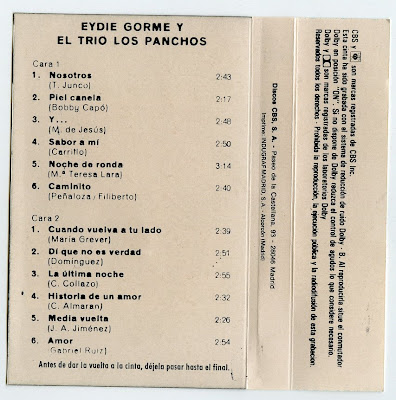 Another great tape actually bought from the Oxfam Shop.  Eydie Gorme is an American singer who did a lot of amazing 50s-70s style ballads, love songs etc.  In the mid 60s she did a series of albums with a very famous Mexican trio called Los Panchos that is apparently still famous in Latin America and who also appeared in many Mexican films.   This is beautiful sweet music and I love it.  Her most famous song from this album is supposed to be Sabor A Mi, but I also really like Noche de Ronda. The harmonies are amazing.

Anyway, Eydie has some incredible vids that are from a time that's gone. Check this out.

Side B
Posted by dalston shopper at 9:47 pm 2 comments: 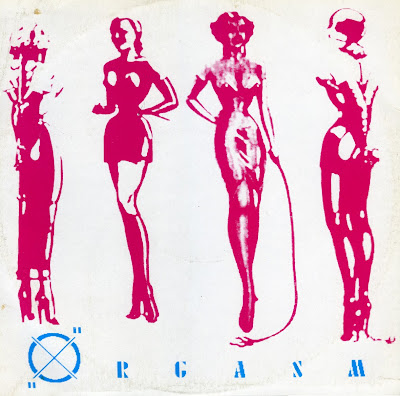 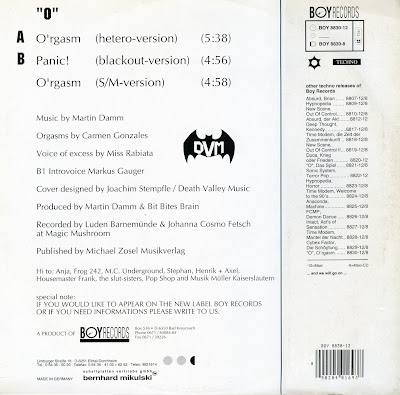 I don't know much about this group "O" but it's one of the many projects of Martin Damm.  His aliases include (and I have to say I've not heard of a single one) -

Sylvain Quément is the inimitable musical half of Gangpol und Mit.  I've liked them and dj'd their stuff for a few years now so I was delighted to see they were playing London recently for the first time.  The vid above is an example of some of their stuff I like best.  The show was fab and so I thought I might ask Sylvain to dj with me.  He sent me this mix that blew my mind - seriously!!  So many tracks I've not clue about and yet it's really poppy and fun at the same time.

Then he came down to dj with me at Catch 22 and it was exactly the same.  So he is my new favorite dj and he just moved to London.  So hopefully I can see him around shaking things up a bit.  I also am giving you a download link to a few of the individual tracks.  I especially recommend you check out Finnish band Aavikko.

Sylvain is also a contributor to the Cartilage Consortium blog which is really full of amazing finds such as this asian ethno pop, this fab Cameroon disco, and this mega mega Madrid band Retrato Robot.