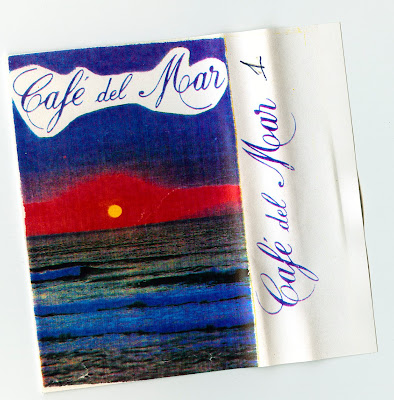 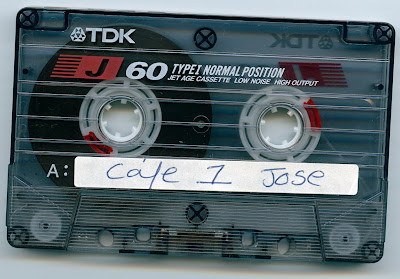 This is the original first tape that was sold in the Cafe del Mar of Ibiza.  I received it from someone I work with who actually bought it in the Cafe in 1991.  It was mixed by Jose Padilla and never commercially released (the cd series came later with different tracks).

Unfortunately the quality if the recording is such that it wavers a bit too much so I was lucky to find this upload of the same tape as one continuous stream on the djhistory website.  According to that forum the tracklisting is as follows.  It's a lot more mellow than I expected.  I never made it to Ibiza until 1999 and I somehow thought it would be more upbeat.  This shows how much of a fool I am because Jose Padilla is known for popularizing chillout music ;)  I could imagine after a hard night of strange substances this would be nice to listen to as the sun rose hot over the beach.  Could do with a bit of that now actually . . .

DOWNLOAD
I also want to draw attention to the new EP from Beth Ditto of the Gossip. It's produced by Simian Mobile Disco and is very excellent. The track I Wrote the Book has been on constant circulation in my flat cause my friend Price James has been staying with me while he made her video. Check it out. Major voguers.  Also check out his recent vid for Hercules & Love Affair.  That's major kudos too.