I probably chose to post this mostly because of the design of the cover. I do love 80's groove, but most of these tracks are a bit too cheesy for me. And unfortunately, each track doesn't last very long. But for a good image of 1986 charts, it's quite excellent. I particularly like the moment where Colonel Abrams' Trapped mixes into The Whispers' And the Beat Goes On. I have listed at the bottom of this post mp3s for some of the tracks I prefer from this mix as standalone tracks.

Side A Mix
1 Sly Fox-Let’s Go All The Way
2 Nik Kershaw-Wouldn’t It Be Good
3 Paul Hardcastle-Don’t Waste My Time
4 Amazulu-Too Good To Be Forgotten
5 Princess-Say I’m Your Number One
6 Belouis Some-Imagination
7 Thompson Twins-You Take me Up
8 Samantha Fox-Touch Me, (I want your body)
9 Baltimora-Tarzan Boy
10 Kate Bush-Running Up That Hill
11 David Grant & Jaki Graham-Could It Be I’m Falling In Love
12 Kajagoogoo-Too Shy
13 Nik Kershaw-I Won’t Let the Sun Go Down On Me
14 Shalamar-A Night To Remember
15 David Grant-Watching You, Watching Me
16 Phil Fearon-I Can Prove It
17 Paul Hardcastle-Just For Money
18 Break Machine-Street Dance
19 MC Miker ‘G’ and DJ Sven-Holiday, (rap)
20 Boris Gardner-I Want To Wake Up With You
21 Latin Quarter-Radio Africa

Side B Mix
1 Ruby Turner-If You’re Ready, (come go with me)
2 Wally Badarou-Chief Inspector
3 The Real Roxanne with Hitman Howie Tee-Bang Zoom, (let’s go go)
4 Whistle- (nothin’serious), - Just Buggin’
5 Change-Let’s Get Together
6 Kenny G-What Does It Take, (to win your love)
7 Run DMC-King of Rock
8 Midnight Star-Headlines
9 The Real Thing-Can’t Get By Without You
10 Jaki Graham-Set Me Free
11 Skipworth & Turner-Thinking About Your Love
12 B B & Q Band-Dreamer
13 Rah Band-Clouds Across the Moon
14 Grace Jones-Pull Up To the Bumper
15 The Real Thing-You To Me Are Everything, (remix)
16 Millie Scott-Prisoner of Love
17 Aretha Franklin-Who’s Zoomin’ Who
18 The Three Degrees-The Heaven I Need
19 Pointer Sisters-Automatic
20 Colonel Abrams-Trapped
21 Whispers-And the Beat Goes On
22 Colonel Abrams-I’m Not Gonna Let You
23 Dhar Braxton-Jump Back

I would love to post The Real Thing - Can't Get By Without You if anyone wants to send it to me.

And another treat not from the mix that is in a similar vein (from 1988) which I just discovered: 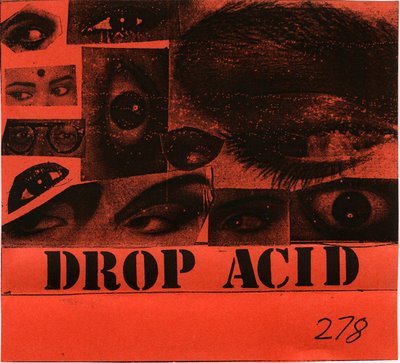 Also found in the Dalston Oxfam Shop tape bin some time back but I didn't record till now because unfortunately one side of the cassette is mono, it only works in one channel. But I went back to it recently and realized I really am feeling this sound right now so I posted the one side that sounds ok.

This is a private mixtape done by someone probably very late 80's maybe early 90's and there's no tracklisting but it's someone in the comments put the following tracklisting (thanks).

But the most bangin of all is the Jolly Roger - Acid Man track.  I can't believe after all this time that it's not even available on the US itunes store.

Listen to the whole thing as it gets much better about 3/4 way through. This obviously done by the same people who did this earlier Acieed cassette I posted. If anyone has any info on who did these, I'd love to know.

Also, I'm into ghetto tech right now and have been djing this lately. Here it is as requested by various friends.

High Powered Boys - Hoes Get Down

A good bit of the tracklisting is in the comments below.
Posted by dalston shopper at 10:52 am 4 comments:

I was on the hollertronix bulletin board discussing various views I had on hardcore, et cetera, and a guy called Steve PMX got in touch with me (this is he) about the excellent loveliness of my blog and we started shooting the shit and then . . . boom. He's hosting a guest post on my blog!! Mostly I decided to let him post a cassette because he had this gif on his myspace.

He's a back in the day throwin parties from DC (as in crack mayor DC) kind of guy and has a radio here. So here's his selection and writeup.

Street Jams - Electric Funk - Part 4 (Rhino Records 1994)
This silly looking Rhino tape comp fully represents the underestimated magic of the 99c tape bin. Most people walk right by these tape bins, but there are gems to be found once you take a second to dig through the membrane of Meat Loaf and Joan Jett tapes on the surface. It's called Street Jams, and it's basically a VERY quirky compilation of dope 80s Freestyle/Electro/Pop(?) tracks created for the neon-lit 80s nightclubs and cardboard on the streets/sidewalks alike.

I was too young to experience the neon nightclubs, but I *definitely* remember the ghetto blasters and street dancers on cardboard mats in the early-mid 80s. One day in particular that stands out is going to see Breakin' 2 in some movie theater in Washington DC when I was 8 years old. Went with my mum and older brother, and after the movie let out I remember seeing this mad scene on the streets with tons of kids breakin on cardboard mats - battling and shit. It was so surreal and like "futuristic" - in retrospect I'm convinced that particular day dictated the direction my life/musical obsession would eventually follow. So without going too deep, this tape brings that feeling back when I hear it. Standout tracks for me are both the Freestyle joints, 'Rock The Planet' by Megatrons, 'Computer Power' by Jamie Jupitor [aka Egyptian Lover] and 'Dance' also by Egyptian Lover. 'Dance' kinda reminds me of Skinny Puppy a little, as far as the percussion and moody synths in the production. I've always seen a big link between Electro/Freestyle and Industrial music, and you can really hear the similarities here.

'White Horse' by Laid Back (pictures above) is another great tune on this compilation, which apparently got alot of support from Prince (weird); and 'Technicolor' by Channel One [aka Juan Atkins/Cybotron] gets points for paving the way for 'Baby Got Back' 6 years later (peep first 16 bars)....