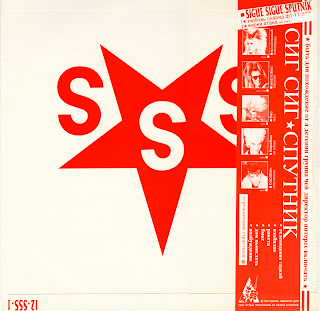 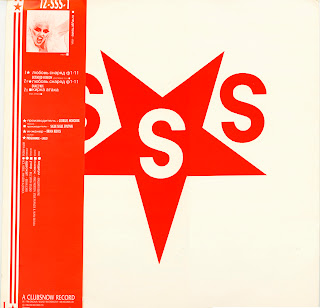 I recently picked up a collection of dance vinyl from a collector and in it was this Russian text cover of Sigue Sigue Sputnik's Love Missile.  As that track has seen a fair amount of coverage, I thought I would post the track on the B side that I've heard less of.  All around I like their sound a lot.  But that would make sense cause this was produced by Giorgio Morodor, who I love.

Interesting trivia about Sigue Sigue Sputnik is that one of the key members, Tony James, was previously in bands with members of the Clash (before the Clash) AND with Billy Idol when he was in the punk band Chelsea.  And later he was in Sisters of Mercy.  Here is a link to some music with Billy Idol in Chelsea (the track Right to Work was a big single).

Posted by dalston shopper at 9:25 pm

I think you would like the Gen X album Kiss Me Deadly which was produced by Keith Forsey who later went on to work with Billy in a very successful solo career and effectively leaving Tony James behind. There really was nothing quite like Sigue Sigue Sputnik then or since - perhaps a product of its time? Interesting that people continue to discover it all these years later!