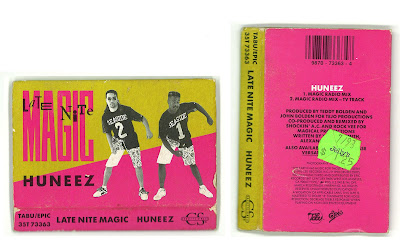 This summer my girlfriend and I had a day layover in Honolulu coming back from vacation. So, as usual, instead of visiting all the local tourist spots, we immediately headed over to the thrift store (charity shop, as they say here in the UK) on the wrong side of town. I managed to pick up a vintage Matsuda men's jackets (sweet) and then we decided to walk back through the local cars-parked-on-cement-blocks hood to reach our hotel on the beach. On the way we lucked out with a random yard sale run by two sisters (who had a LOT of loving to give) selling their old school late 80s RnB dance tapes.

Late Nite Magic had only one track out according to discogs and I can't find any more info. The cover says it was produced in LA. But I can't really find much info about the artists or the remixers Rock Vee or Teddy and John Bolden. 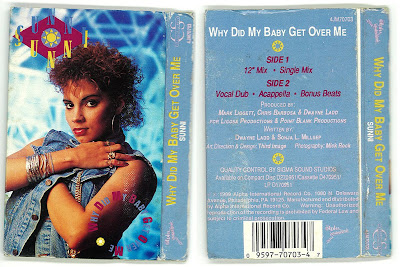 Again I can't really find much info about Sunni and she had only a few more tracks out that Late Nite Magic. She had a bit of a Paula Abdul moment on the fresh youtube dance moves. You can find some early 90s house remixes of this track here. But this track was produced by Chris Barbosa and Mark Liggett who were key producers in the Freestyle genre (wikipedia). Their track Fire and Ice was the original which Shannon covered to become the huge hit Let The Music Play. 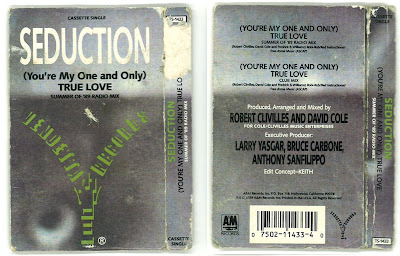 As for Seduction. I don't have to say much about them because they were produced by Robert Clivilles And David Cole of C+C Music Factory fame. This has some nice dance touches to it though the group never got very big.

Seduction - (You're My One And Only) True Love (Club Mix) 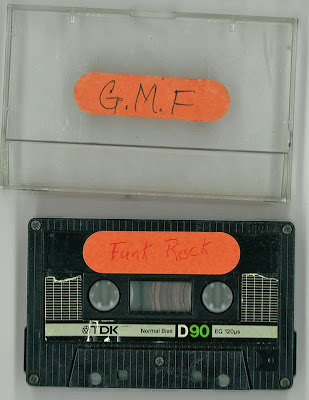 Finally we have this "funk rock" tape which is actually mostly what I would call "electro" - the real original electro, not the Benny Bennasi circa 2005 type. It's got a bunch of great tracks on it such as (Notin' serious) Just buggin', Boogie Down Bronx, Egyption Lover, Rockberry Jam, We Don't Have to Take Our Clothes Off and more. I think it's a recording of a radio show and lots of the tracks sound really good, maybe special radio mixes.

Posted by dalston shopper at 7:07 pm

I have a similar tape from a garage sale but I can not get a good capture on it because the signal is too weak. How did you get such a good digital recording of this?

I am adding you to my blog roll today, maybe you will do the same. Cheers!
Morgan
thempm.wordpress.com

Sunni track is fantastic!
Thanks!