OK I have a fantastic new LP coming up for you on the blog, issue 5 of Debut magazine which I previously featured Issue 1 of.

But first I want to treat you to an early Face mag. As you can see there is a bit of a trend here - one of the only ways I can find excitement out of the soup of modern media, clowds of mp3s swirling around me from everyone with a laptop and constant media hype of cycles of designers coming and going with the latest colors and trends which increasingly seem to try to sell for the high street - is to look at media from another time and place. The Face was started in 1980 and covered both music, some politics, and fashion. It was a lot less fashion in the early 80s then it turned out to be by the time it closed a few years ago. Anyway - fantastic to read about these bands from a local London mag at the time they were starting off.

I will eventually put up the rest of the magazine but please note pages 11-12 which feature London fashion week coverage from 1982 with pictures from the Vivienne Westwood show and others. Note that as recently as 1982 London fashion week was being compared to Paris as "comic relief". 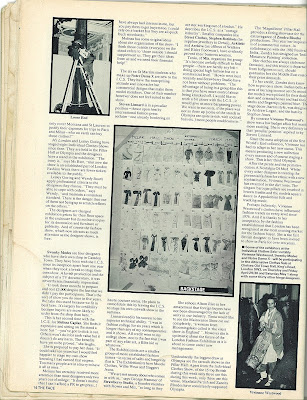 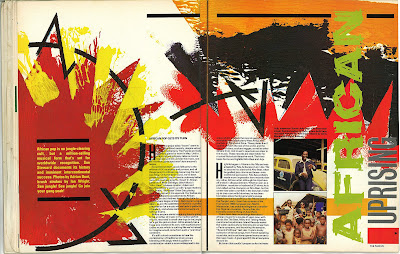 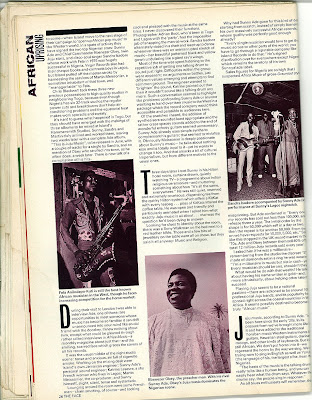 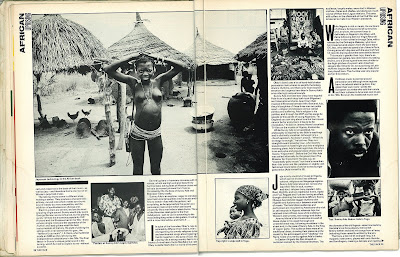 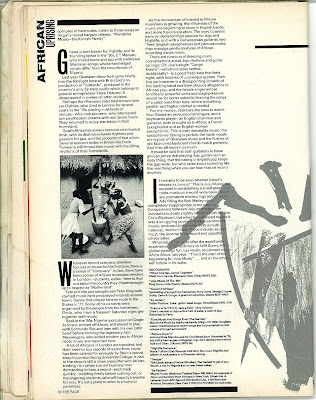 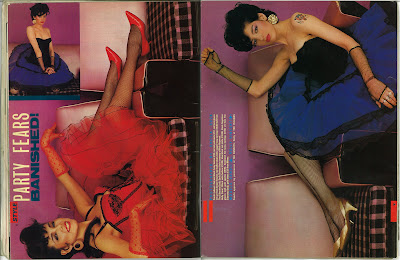 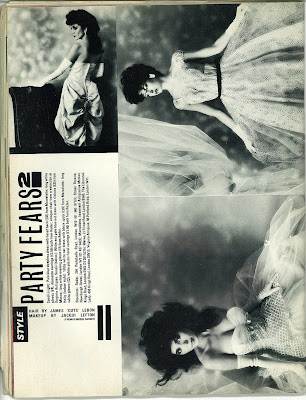 And here's another pleasure from the past. Tomorrow night, Wednesday the 6th, I will be playing late 90s house music for Isa GT's new party Musicalia at the Moustache Bar in Dalston. I was listening to some of the stuff last night, proper disco house, and am really excited to bring it back out again. In many ways it just captures what I love in the disco wave going on now with a slightly harder beat to it. Are you Ultra Nate?!! Hope so.

Posted by dalston shopper at 2:55 pm

hi, thanks for the good news about u will posting debut LP magazine 5 in your blog, actually ive been looking for that for so many years....thanks again